If you are to do His work, the strength will be given you. ~St. Elizabeth Seton 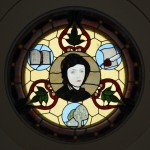 Elizabeth Ann Bayley was born in New York City on August 28, 1774 to a prominent Episcopal family, and lost her mother at the age of three. In 1794, at the age of 19, Elizabeth married William Magee Seton, a wealthy businessman with whom she had five children. William died of tuberculosis in 1803, leaving Elizabeth a young widow. After discovering Catholicism in Italy, where her husband had died, Elizabeth returned to the United States and entered the Catholic Church in 1805 in New York.

other Seton, as she is often called, was canonized on Sunday, September 14, 1975 in St. Peter’s Square by Pope Paul VI. She was the first citizen born in the United States to be given the title of “Saint.” Her remains are entombed in Emmitsburg in the Basilica at the National Shrine that bears her name. 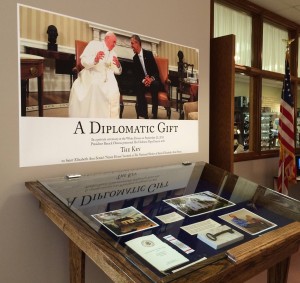 n September 23, 2015, during Pope Francis’ visit to the United States, President Obama presented our Pope with the original key to Saint Elizabeth Ann Seton’s home as a gift on behalf of the nation. The National Shrine to St. Elizabeth Ann Seton also celebrated the 40th anniversary of her canonization that same month.

Download a booklet of Our Church Treasures ​to learn about the many treasures of our faith hidden in plain sight inside our beautiful church.

• Blessed Sacrament Chapel
• Courtyard
• Altar
• From the pews
• Down the Aisle

t. Elizabeth Seton Parish was established as one of three new churches in San Diego in November 1976 by the late Bishop Leo T. Maher.  Elizabeth Ann Seton had been canonized the previous year as the first American saint so the bishop thought it was a perfect name for the new parish.

Monsignor Frederick J. Florek, who was appointed by Bishop Maher as the inaugural pastor, celebrated the first Mass in August 1977 in the theater at La Costa Resort & Spa.

At the time there were 42 registered families. In addition to the resort, Masses were celebrated outside storefronts, in the parish rectory on Manzanita Street and in the homes of some parishioners.  Midnight Mass for the first Christmas in 1977 was celebrated at the Olivenhain Town Hall with 120 parishioners in attendance.

The 5-acre site on which the St. Elizabeth Seton campus now sits was purchased for $250,000. Mass was celebrated for nearly two decades in the original 5,700-square-foot conference center that was dedicated in August 1979.  Within those first few years, church membership increased to about 100 families and a dozen ministries.

In January 1983, Monsignor Florek was reassigned and Monsignor Alphonsus Moloney began serving as pastor for the next 10 years.  Before his reassignment in 1993, Monsignor Moloney retired the debt on the conference center and began a new campaign to build a church for the growing parish.

When Reverend Donald Coleman arrived as pastor in February 1993, he was tasked with finishing that project.

he award-winning sanctuary, where Masses are now celebrated, was completed in 1995. The main entry through one of the towers resembles the tower entry of the Church of St. Andrew on Staten Island, New York, the home parish of Mother Seton. 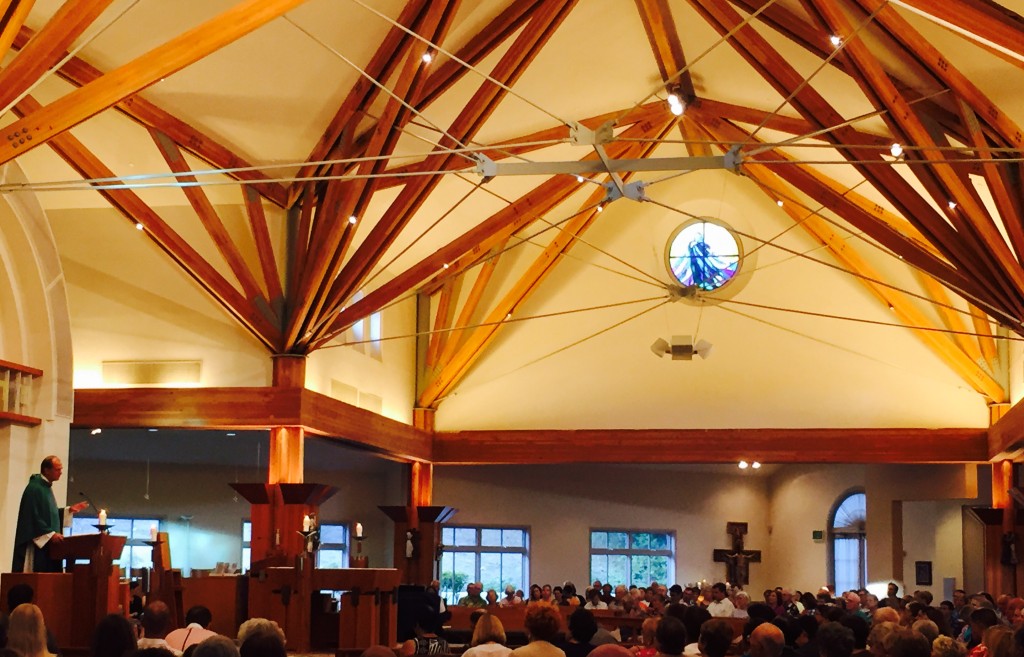 As the area surrounding the church continued to grow, so did St. Elizabeth Seton Parish and the need for a larger parish center became evident.  With blessings from former Bishop Robert Brom, a groundbreaking ceremony was held in June 2010.

The two-story facility was dedicated the following year on September 11.  It includes a social hall with a dance floor and stage, a commercial kitchen, several downstairs meeting rooms and a designated room for the youth group.  The Parish Center is used frequently by our more than 2,800 parish families and 41 ministries for a variety of events, including religious education classes, Casino Night, the annual Christmas party and Lenten fish bakes, ministry meetings and youth activities.

everend Michael Robinson was assigned as pastor to the parish in July 2015.  Fr. Michael’s mission is to support the domestic church by continuing to reach out to families and the youth, and to invite them to make God the center of their lives.

We encourage all parishioners old and new to share their time, talent and treasure to help make St. Elizabeth Seton your amazing parish. 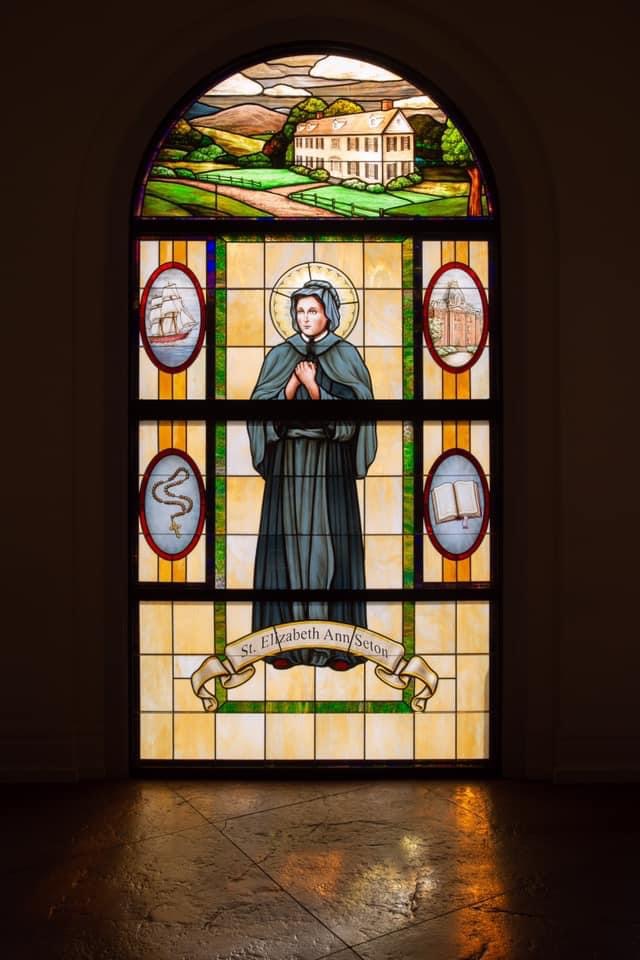 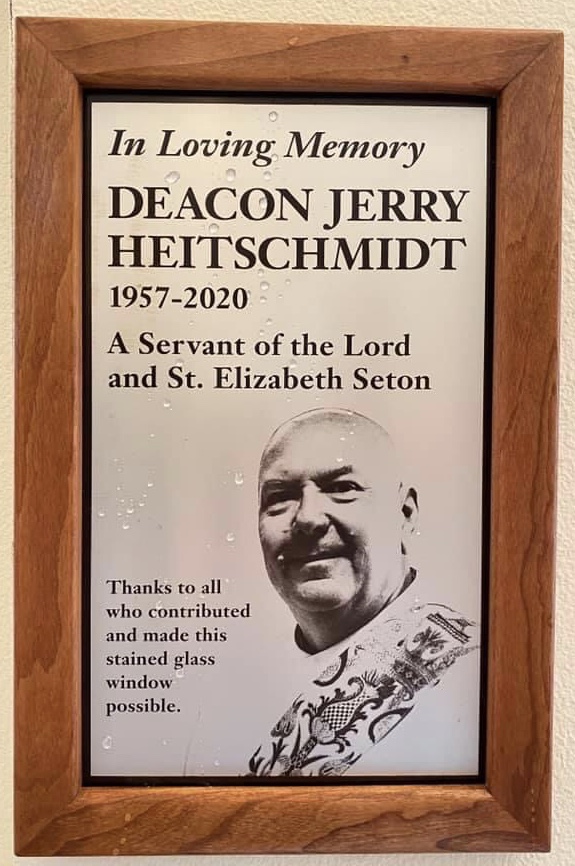 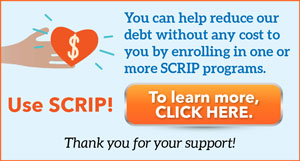 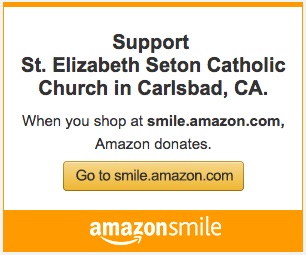 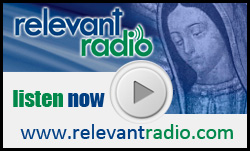